Have you heard that breakfast is the most important meal of the day? Did you know there are studies that show skipping breakfast can cause you to gain weight?

Breakfast kick-starts your metabolism, helping you burn calories throughout the day. It also gives you the energy you need to get things done and helps you focus at work or at school.

Come celebrate National Breakfast Month at the NSU Broken Arrow Library. We are having a drawing for a $5.00 Sonic gift card so come by and put your name in the box and tell us about your favorite breakfast food. I love bacon! Have you ever tried that Candied bacon? Check out this recipe.

***Later in the month we will have a cereal day. Look for more information on the date.*** 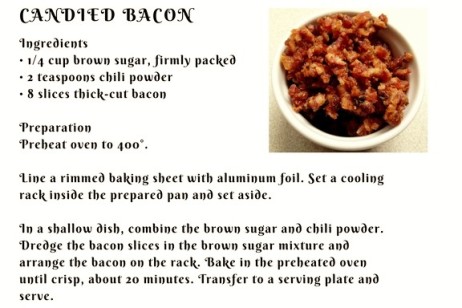 Looking for books on food, breakfast, or other topics? Ask a Librarian, we are always happy to help.

Welcome back, students and staff. Our first event for the Fall 2017 semester was a Solar Eclipse Party. We had a great time. A number of students and staff gathered in the Library Courtyard to view this amazing celestial event.

The library has a new Whiteboard table. For this event, we used the table to present a question for students to answer concerning the Eclipse. The question, “When was the first time you experienced an Eclipse?”,  was answered by several students. Here are some of the answers. We even have a couple of answers in other languages as seen in these pictures.

Stay tuned for more events here at the NSU Broken Arrow Library. It’s going to be a great semester. Stop by for a visit and check out some of our Library displays on the 1st floor. We currently have an Award Winners Book display showcasing books that have won various literary awards.

Did you miss out on our inaugural “Tasty Talks on Tuesday” event that took place on Tuesday, January 24 from noon to 1:00 p.m. in the Visitor Center Gallery? And on the opportunity to partake of a scrumptious slice of Tom Rink’s blueberry-lavender cheesecake?

We  offered an exciting panel discussion of the Business and Technology Department’s ASSE mentoring program for our faculty members. Panelists shared insight and stories on their participation in the Environmental, Health & Safety Management degree’s mentoring program that pairs students with respected local safety and health professionals.

The session was a huge success with over a dozen in attendance! We were able to learn more about this educational, informative, and interesting mentoring program.

Hopefully, your schedule permits you the opportunity to join us for our next Tasty Talks on Tuesday event, slated for February 21st from noon to 1:00 p.m. in the Visitor Center Gallery where we will hear from NSU BA’s own Dr. Roy Wood, Dean of the campus.  So mark your calendars for this informative upcoming event that offers continued chances for cheesecake, collaboration and conversation!. Hope to see you there!

Why You Should Talk to the Librarian!

Paula Krebs, the Dean for the College of Humanities and Social Sciences at Bridgewater State University, wrote this wonderful guest post on Vitae, the online career hub at the Chronicle of Higher Education.     As stated on their website, “the Chronicle is launching Vitae, which offers free career management tools, a powerful community, and the candid insights that academics need to build successful careers and fulfill their mission.”

In her post she basically addresses the notion of moving beyond the classroom when thinking about student success.  She highlights librarians, academic advisors, student affairs staff, the registrar, financial aid, veteran’s affairs, institutional research, etc., as groups that faculty members should get out of their offices and network with on a regular basis.

Yesterday SLA (the Special Libraries Association) announced the slate of candidates for the 2015 Board of Directors.  What an honor!  I have been nominated as a candidate for President-Elect!   Congratulations to all of my fellow candidates and thank you for stepping up and agreeing to be considered for candidacy.   What a talented and diverse slate of candidates to help lead SLA forward.  Let the dialogue begin as we embark upon this journey to the Board for the opportunity to work for and represent the members of this great global association.

The NSU Libraries, Broken Arrow Campus, is pleased to welcome their newest faculty member, Tamara Kharabora.  Tamara is filling the position of Information Services Librarian/Resource Coordinator to the College of Business and Technology.

Tamara has been a member of the NSU Broken Arrow library staff in multiple capacities — as a student, as a capstone intern, as a staff Technician III, and now as a faculty member.  Tamara completed and received her MLIS from the University of Oklahoma in Tulsa just last December. Tamara has lived in Washington, Missouri and Tennessee prior to moving to Oklahoma; she attended State Fair Community College (Sedalia, MO), Cleveland State Community College (Cleveland, TN) where she received her Associate of Arts degree, and NSU where she received her Bachelor of Science degree in English with a minor in Business.

Tamara speaks Russian/Ukrainian and has her ESL certificate (English as a Second Language).

This may be a couple of weeks late (our new director started earlier this month), but with the start of the new semester, things have been a bit hectic and I’m just now getting caught up (my humblest apologies).

Join me in congratulating Dr. Pamela Louderback as she takes over the helm as Director of the Library on the Broken Arrow Campus.

Pamela is an Assistant Professor and has been with NSU Broken Arrow since its beginning in October of 2001.

Her personal and professional research interests include assisting students in the transition to college.  She researches and writes in the areas of integrating technology into the curriculum, developing structured communication forms of distribution media through integrated library systems, leadership in higher education, social justice for indigenous peoples, and academic achievement and retention of American Indian college students.

Pamela has done a bit of international travel as well.  In July of 2008, she had the opportunity to visit Tasmania to present research based on my dissertation topic – “Sociocultural factors to American Indian academic success in college” and presented her ongoing research on academic success/retention at the APA conference in Toronto during August 2009.  She was the proud recipient of a UK Fulbright research scholarship in 2010 (Scholar in Governance and Public Policy 2011) to Queen’s University Belfast and was fortunate to have the opportunity to learn firsthand the rich history and heritage of the Irish, their Department of Education and it’s public policy, and the role it plays in language revitalization efforts.   The next country she plans to visit is New Zealand to engage in further research for a book.  The concept for the book she’s working on focuses on the destruction of indigenous cultural languages with a chapter devoted to a variety of cultures/places: Aboriginal/Australia, American Indian/U.S, First Nation/Canada, Irish/Northern Ireland, Welsh/Wales, Maori/New Zealand.

Congratulations Dr. Louderback and welcome to the corner office.

The library has answers at NSUBA Welcome Week

Along with several other campus services and organizations, the NSUBA Library participated in Welcome Week yesterday, informing students, faculty and staff of what the library can do for them.

Our “Ask Me Anything” sign drew a lot of attention and provided Pamela and Karl with the opportunity to answer 13 questions ranging from “How can I find essays in the library’s databases?” to “My class starts in five minutes. Where am I supposed to be?” We also issued OK-Share cards to half a dozen patrons, allowing them to use their NSU library privileges at other academic libraries across the state.

If you’re interested in the OK-Share program, or if you have a question of any kind, stop by the library’s 2nd floor desk and let us help you. It makes us happy!

How about some end of the week fun?   Courtesy of the Seattle Public Library (to kick off their 2013 Summer Reading Program), check out this video of the world’s longest domino chain comprised of books.  It took the twenty-seven volunteers seven hours (and five failed attempts) to line up the 2,131 books and a little over a minute-and-a-half to knocked them all down.  None of the books used were part of the current circulating collection (they used donated or weeded books) and the library offers the disclaimer that “no books were harmed during the filming of this video.”  Enjoy!

The Results Are In!

NSUBA Library
Create a free website or blog at WordPress.com.